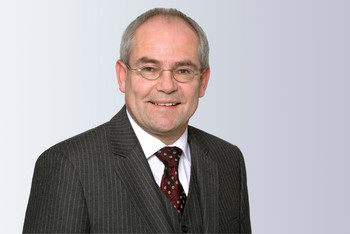 (Munich, January 22, 2018) Dr. Karlheinz Bourdon, Senior Vice President Integration at KraussMaffei, is to be included in the Plastics Hall of Fame. Since 1972, the Plastics Hall of Fame, which is located at the University of Massachusetts in Lowell/USA, has honored people who with devotion and perseverance have made a significant contribution to the development and growth of the plastics industry. The celebration will take place at a gala event at the NPE trade show on May 6 in Orlando.

According to the Plastics Academy, during his long-term activity in leading positions in the plastics industry, Dr. Bourdon has in past years made a decisive contribution to the advancement of injection molding machinery. Dr. Bourdon studied mechanical engineering and wrote his doctoral thesis in 1989 at the RWTH Aachen University. In 1990 he started working at KraussMaffei as Head of System Technology, where he set the first technological milestones in the field of automated mold changing and robot demolding systems. After moving to Ferromatik Milacron, where as President Global Plastics Machinery he was lastly responsible for the worldwide plastics business, in particular he advanced the development of new innovative all-electric injection molding machines. In 2008 he returned to KraussMaffei as Managing Director and CEO Injection Molding Machinery, and he became Vice President Technologies in the Injection Molding Machinery segment in 2012. Under his leadership, numerous new developments, for example the modular hydraulic GX and all-electric PX injection molding machine series and the ColorForm surface finishing process, were successfully put on the market. Since the KraussMaffei Group was taken over by ChemChina in 2016, as Senior Vice President Integration Dr. Bourdon has been responsible for the integration of the existing mechanical engineering companies of ChemChina into the KraussMaffei Group.

Dr. Bourdon is a Member of the Board of the VDMA Association of Plastics and Rubber Machinery, and on the Board of Trustees he uses his knowledge and wealth of experience to support renowned universities and research institutes for plastics technology, such as the Institute for Plastics Processing (IKV) in Aachen and the Fraunhofer Institute for Mechanics of Materials (IMWS). Since 2015 he has been Vice President of the European Plastics and Rubber Machinery Association (EUROMAP).