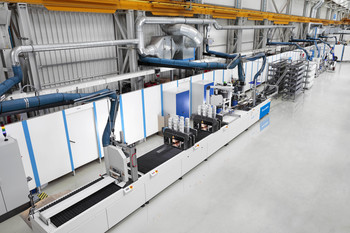 (Munich, January 16, 2018) By commissioning the second pultrusion system in the TechCenter of the Reaction Process Machinery division in Munich, KraussMaffei is expanding its expertise in the field of pultrusion, the process for continuously manufacturing fiber-reinforced plastic components. The newly developed rebar system is ideally suited for manufacturing fiberglass-reinforced rebar for concrete elements in the construction industry. Together with the first pultrusion system of the TechCenter – an iPul system for flat sections – KraussMaffei now offers its customers a unique research environment to develop and test new processes and applications in pultrusion.

"Pultrusion is a simple way to produce cost-effective profiles, there are hardly any turnkey offers and it is a growth technology. In addition, we are knowledgeable about fibers, metering technology and associated process technology," as Sebastian Schmidhuber, Head of Development for Reaction Process Machinery at KraussMaffei, states, explaining the motivation of KraussMaffei to enter the pultrusion market a year ago. The result of the most recent development work is the iPul system that was launched in 2017, which opened up new applications in pultrusion with significantly higher production speeds than the usual conventional tub or pull-through processes. Therefore KraussMaffei is now expanding its TechCenter to include a second pultrusion system, a rebar system to manufacture pultruded rebar. "Together with the first iPul system, a flat profile system, we offer our customers a comprehensive and globally unmatched range of research and development opportunities in the field of pultrusion," Schmidhuber said.

Pultruded rebar based on epoxy and reinforced with glass or (conceivably) with carbon fiber offers an enormous potential in the construction industry. "They are corrosion-resistant compared to classical steel reinforcements. Therefore, the overlaying concrete layers can be considerably thinner," Schmidhuber explains. Further advantages include the low weight and consequently cheaper transport, the easier handling at the construction site and the fact that the fiber-reinforced rebar can be produced endlessly and wound onto drums at the end of the pultrusion system. Typical application areas are in infrastructure, for example, in bridges or in road construction or in environments susceptible to corrosion in functional buildings.

To date, finding a means of efficient production has been point of failure of an implementation suitable for series production. "The classic production speeds for rebar in the conventional tub or pull-through processes are still at relatively low haul-off speeds, in some cases under 0.5 m/min. With the new iPul system, we are aiming at up to six times faster speeds in our TechCenter and therefore offer a cost-effective alternative to conventional steel reinforcements," Schmidhuber said. KraussMaffei works closely with Evonik, which has specifically developed an ideally suited epoxy resin for this application. Additional partners are Thomas Technology (radius pultrusion) and Alpex (mold technology).

The pleasure of developing perfect solutions for the rebar application again meets industrial competency, orientation toward efficiency, and worldwide marketing. This concept has proved itself with the first pultrusion system in the TechCenter at KraussMaffei, an iPul system to produce flat sections. Here KraussMaffei collaborates intensely with companies such as Covestro in the field of new window profiles that are polyurethane-based. With the new iPul system and the significantly higher production speeds, the process is already getting closer in efficiency to established technologies, which opens entirely new markets for this technology. An additional research partner for this system is Huntsman. Here both companies work on the development of pultruded reinforcement elements for particularly large-format robot blades in wind turbines.

In pultrusion, continuous fibers, usually of glass, carbon or aramide, are infiltrated with a reactive plastic matrix and formed to the desired profile in a heated mold. Grippers pull the cured profile continuously and feed it to a sawing unit. The new iPul system by KraussMaffei encompasses, together with the technology partners, the entire sequence. It revolutionizes the technology – which has been common for a long time – in two respects. It encapsulates the soaking of the fibers, which so far mostly takes place in open tubs, in an injection box, which permits the use of fast-reacting systems (epoxy, polyurethane). It also increases the production speed from the usual 0.5 to 1.5 m/min to approximately 3 m/min. 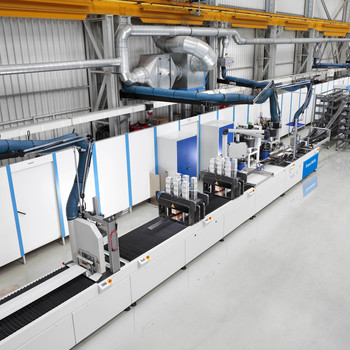 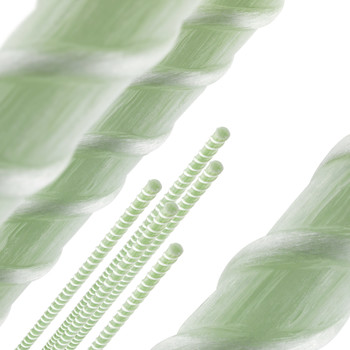 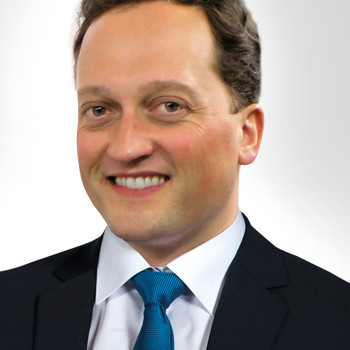